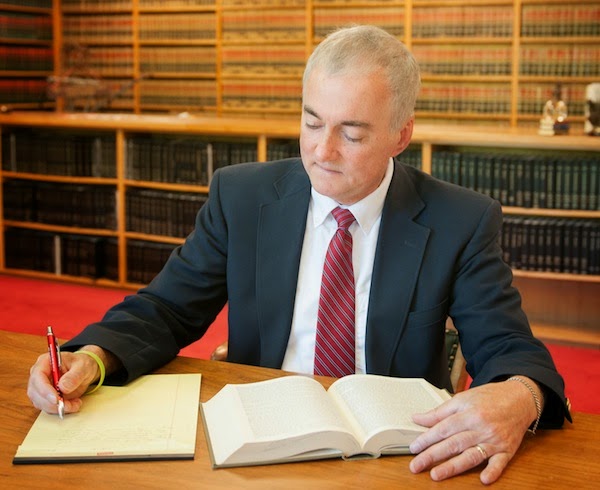 The person elected County Judge on November 4th will be responsible for Family Court and Surrogate Court.  Tim Bulger began his general law practice in 1984.  Although over the past thirty years he has handled a wide variety of legal matters, it is his extensive experience in Family Court and Surrogate Court that best qualifies Tim for the county judge position.  During his long legal career, Tim has represented over a thousand children and their families.  He has also settled over two hundred estates.

Tim also has a great deal of municipal law experience.  Over the past thirty years, he has provided legal advice and services to the Village of Cambridge, Town of Easton, Greenwich Central School and Cambridge Central School.  He has also provided pro bono legal advice and services to local fire departments, not-for-profit organizations and churches.

And importantly, Tim gained vital experience serving as Town Justice in the Town of Easton.

Tim Bulger’s effective advocacy for children has resulted in his nomination for the John Hamilton Award for Excellence in Legal Representation of Children for the past two years.

Tim Bulger graduated from Greenwich Central School in 1974 and LeMoyne College in 1978.  After teaching religion at St. Mary’s Academy in Glens Falls for two years, he attended Western New England Law School where he earned his Juris Doctor degree in 1983.

Tim has been an active member of his community.  He s elected to the Greenwich Central School Board where he served as President.  Tim has been a Little League and Youth Soccer coach.   He participates in the Relay For Life.  Tim is an active member, devoting his time and talent over the years as a pastoral council member, religious education teacher and choir member.