Tim is a lifelong resident of Washington County.  He grew up in the Village of Greenwich and graduated from the Greenwich Central School in 1974.  Since 1985, Tim and his wife of 35 years, Cynthia Allen Bulger and his four sons, Daniel, Devin, Kieran, and Eamon have resided in their home nestled in the agricultural fields of Allenwaite Farms in the Town of Easton.  Cindy and Tim have always been and continue to be very involved on all aspects of their boy’s lives.  As a parent of two sons who graduated from the University of Notre Dame, Tim continues to be an active member of the local Notre Dame Alumni Club and makes it  a practice to get out to South Bend for at least one football game a year.


As indicated above, Tim and Cindy are parents of four sons.  Here is a little information on the “Bulger Boys.”

Devin.  28.  Graduated from Greenwich Central in 2004 and Loyola University in Baltimore in 2008.   After graduating from college, Devin did a year service with Denver Urban Ministries in Denver, Colorado.   Devin remained in Colorado working with the homeless and a startup self-sustaining agricultural business.  In the Spring of 2013 he returned to our area where he is currently the director of the Greenwich Food Bank and Community Garden.


Kieran.  26.  Graduated from Greenwich Central in 2006.  He want on to graduate cum laude from Notre Dame in 2010.   Quite the athlete, in 2010 he was the 147 lb. Bengal Bouts champion.  You should check out some of his bouts on Youtube. After graduating from Notre Dame, Kieran did a year service with Catholic Charities in Orlando, Florida.  Deciding to stay in the sunshine state, Kieran found employment with Trustco Bank as a closing coordinator in the greater Orlando area.  A recent purchaser of a home in Winter Park, Kieran is keeping busy with renovations and is the President elect of the Greater Orlando Notre Dame Alumni Club.

Eamon.  20.  The baby of the family.  Graduated from Greenwich Central in 2012.   Eamon is entering his junior year of college at Oneonta where is is majoring in Music Industry. This summer you can find him working at the Hannaford in Greenwich, gaming with his friends, enjoying some pick up soccer and helping with Dad’s campaign.


In his spare time, Tim enjoys golf, guitar, singing and you may have seen him entered in a few 5k races throughout the county. 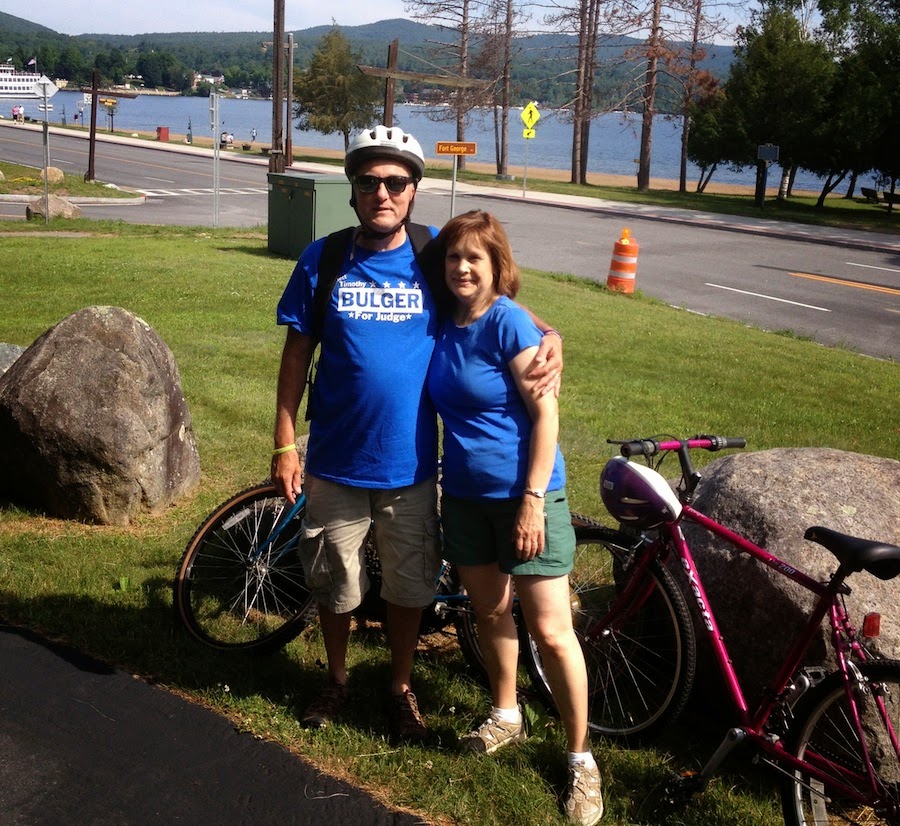 Showing the Bulger colors on the bike path in Lake George.